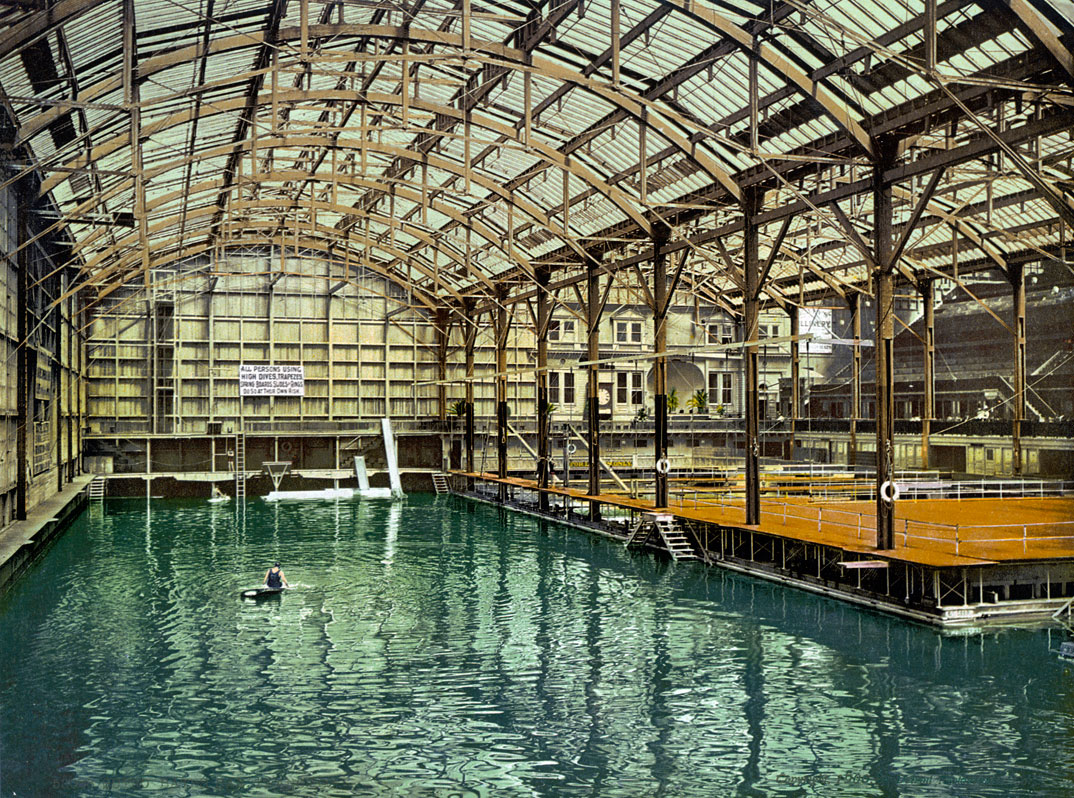 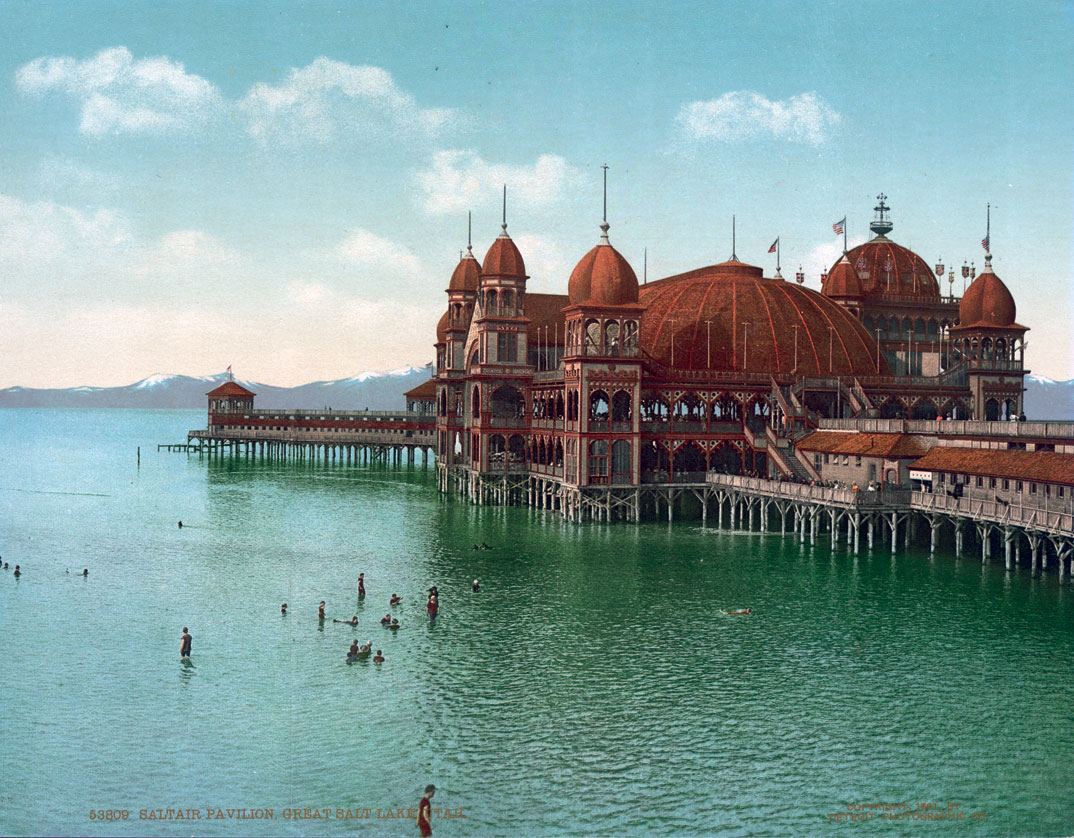 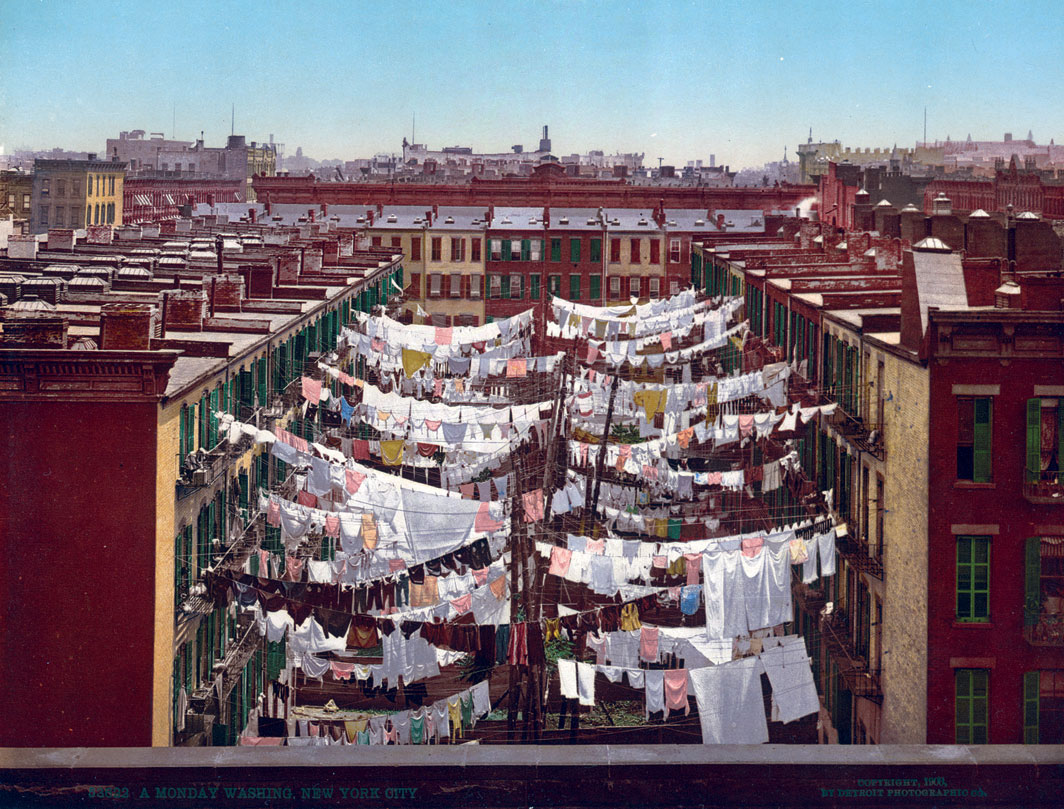 After traveling extensively and attempting to make a living by making photographs, William Henry Jackson combined his artistic skill in the fledgling art of photography with his spirit for adventure when he began photographing for the U. S. Geological Survey in 1870. The Survey was set up in 1867 under the auspices of the Land Office of the Department of the Interior in Washington. Designed to create an official record of the vast unknown territory of the West, the Survey consisted of about twenty men including topographers, a meteorologist, an ethnologist, and artists. For Jackson, the experience of working with the Survey would prove priceless. It took him all over the West during a period of nine years, establishing him as one of the foremost landscape photographers in the country and assuring his renoun.

During the 1880s Jackson chose his own destinations and began to take his photographs with more of an eye to the bottom line. He continued to travel, but now it was for the railroad companies and hotels that saw the value of advertising their scenic attractions. In 1892, Jackson was offered the opportunity to travel around the world by a grandiose publicity man from the Baltimore and Ohio Railroad. Called the World’s Transportation Commission, the tour lasted seventeen months and took Jackson and the others to Europe, northern Africa, Australia, and deep into many parts of Asia.

In the United States, one area that Jackson returned to time and time again was Yellowstone. In fact, Jackson’s photographs played a large part in influencing Congress to create Yellowstone National Park in 1872. But the camera’s inability to capture the astonishing colors of the area frustrated Jackson, who fell back on painting techniques and other manipulations to achieve the desired effects.

The development in Switzerland of the Photochrome process for continuous-tone, full-color renditions from of black and white negatives changed all that. The process was licensed in America to the Detroit Photographic Company, which Jackson joined as a partner in 1897 and to which he sold the bulk of his enormous archive of negatives. The color produced by the Photochrome process was astonishingly naturalistic, and it was to this process that Jackson devoted his final years of active photography.

The Detroit Photographic Company is first noted in city registers of Detroit in 1888. They supplied photographs for all purposes – especially for use in books, magazines, and advertising specialties such as calendars and blotters. Many of the prints were of large framing size or suitable for long advertising hangers in the custom of the day. However, the small company’s specialty was religious material of the Madonna type.

In the late 1890’s William A. Livingstone became active in the management of the company and at the urging of a new acquaintance, photographer Edwin H. Husher, he began investigating a little known and unique photo-reproduction process called Photochrome. During the summer of 1897 Mr. Livingstone went to Zurich, Switzerland where this process had been developed and succeeded in arranging a contract with the Swiss owners by which he obtained exclusive ownership and rights to the Photochrome process in America.

Concurrently, the United States Congress authorized the One Penny Postcard. William Livingstone immediately saw the lucrative potential of the souvenir postcard illustrated with color photographs, a field in which he had the means to be a pioneer. At the urging of Husher, Livingstone invited the famous landscape photographer William Henry Jackson to join his Detroit company as a partner. Jackson accepted the offer, bringing with him to Detroit an estimated 10,000 negatives which would provide the core of the company’s now wide-ranging photographic archive.

We use cookies to ensure that we give you the best experience on our website. If you wish to continue using this site, please click OK. Ok